McLaren at Malone: My Musings on the Mêlée

After each gave opening statements, Brian McLaren and Bryan Hollon replied to each other. Brian McLaren’s rebuttal of Hollon consisted of the standard McLarenism that goes something like this: “Yea, I’m not perfect, I don’t know a whole lot. If what Byran Hollon resonates with you and you don’t like what I’m saying then stick with that and don’t read my books.” Hollon called him out on it—that it was not a real defense of his position, and therefore undermines the reason for the debate. I agreed with him. The longer I've been listening to McLaren, the more tired I get of his hedging around answering his critics in this manner.

Once they started actually debating, however, some clarity began to emerge. McLaren affirmed that he is indeed seeking the apostolic faith, in that he wants to believe and live as Jesus would want him to. He is just not very confident that we’ve got it all right, and offered evidence by taking one of Hollon’s examples of how modern Christianity "got it right" (by being the instigators of the abolitionist movement) to point out that the majority of Christians at the time were actually in favor of slavery by pointing to passages in Scripture to support their views.

McLaren says that doctrine does indeed progress, and all one needs to do is look at the history of the church. Hollon did not agree with this, stating that McLaren was getting core dogma and developing doctrine confused - that doctrine certainly develops but there is still only one apostolic faith handed down through the centuries (see my previous post on Hollon's distinctions on Dogma, Doctrine, and Opinion).

When the forum was opened to the audience to ask questions, the crowd at the two microphones grew quickly. The questions were mixed between those sympathetic to McLaren and those clearly hostile toward him. More than once, people in the audience asked McLaren if he believed that Jesus Christ came to die as the substitutionary atonement for sin and to save us from a literal hell so that all who believe may have eternal life. The evening ended with a pastor that is known for being the local "John MacArthur" asking about justification by faith alone, and trying to get McLaren to admit he does not believe that righteousness comes only by faith in the death of Christ. McLaren didn't bite.

I enjoyed watching people ask their questions and then walk away shaking their heads in self-righteousness. No matter what answers they received to their questions, they had already determined not to listen or seek to understand. They were already in scoffing mode. 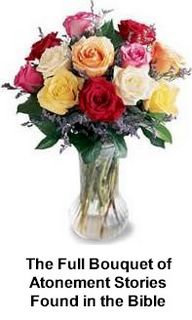 Interestingly, it was Bryan Hollon that provided the best answer to the questions concerning atonement. He stated that there have been many “theories of atonement,” and that penal substitution is one of the valid biblical ways to describe the atonement. However, it is not the only way that the New Testament describes what happened with the cross and resurrection. He said that just as prominent in the Bible and in church history has been the Christus Victor view of atonement.

McLaren jumped on this, stating that this is a prime example of how doctrine has developed over time. Penal Substitutionary Atonement is a doctrine from the 16th Century Protestant Reformation, but it has not always been the way the church described atonement. This is why he is not so interested anymore in talking about how to get people out of hell and into heaven. He wants to proclaim other aspects of the atonement that have also been part of church history, ones that better match our culture today.

As I listened to this battle over the Atonement, it reminded me of three years ago, when Mark Dever wrote the cover story for Christianity Today on how he believed that Substitutionary Atonement is the only legitimate way to understand the gospel.

Back then I wrote 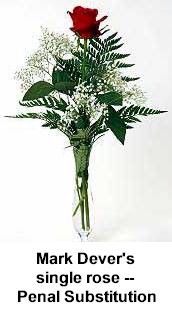 “for Dever to insist that [only] one of these stories of the Atonement is essential to Christianity is simply unbiblical. The Bible offers a full bouquet of Atonement stories, with differing colors, differing fragrances, differing textures, so that we can embrace the fullness of what Christ accomplished for us.

The Atonement is so big and spectacular that it takes all these stories to capture its beauty. People are so different in the various cultures in this world and in their assorted life-situations that these diverse stories speak to them wherever they are and whatever they believe and however they need the grace of God.

Dever pulls one rose from the bouquet and sets it alone as the single most significant story of the Atonement. It certainly is a beautiful rose, but we are missing so much more!”

And so the Atonement War of the Roses had another battle at Malone University this week. And, interestingly, the battle was won for those who want to embrace all that the Bible teaches about atonement, not just the one that has had the prominent place for the past 400 years.

other links in this series:
The Inquisition of Brian McLaren?
Brian McLaren: Six Stages of the Emerging Church Conversation
Cage Match: Bryan Hollon vs. Brian McLaren (Well, Not Exactly)
Posted by Bob Robinson at 4/03/2009

"The Atonement is so big and spectacular that it takes all these stories to capture its beauty. People are so different in the various cultures in this world and in their assorted life-situations that these diverse stories speak to them wherever they are and whatever they believe and however they need the grace of God."

I appreciate your statement here. There is no reason why we should elevate one aspect of atonement over the others--the Gospel in all its fulness should be taught. Just as redemption isn't confined to the "forgiveness of sins" but takes all of Man and creation into its grasp, so too "atonement" has various facets that speak to the truth of the Gospel and the work of Christ in redemption.

But your statement here confuses me: "This is why he (McLaren) is not so interested anymore in talking about how to get people out of hell and into heaven."

I understand that he said he wanted to, "proclaim other aspects of the atonement that have also been part of church history, ones that better match our culture today"; but isn't the goal of proclaiming the atonement to, in fact, rescue people from "hell" and into "heaven"?

Isn't the goal of the Great Commission (to make disciples of Christ) dependant upon "applied atonement" which results in the New Birth? Isn't the whole idea of redemption/salvation the idea of "deliverance" or "rescue"? All throughout the O.T. (especially, but also in the N.T.) redemption is always conveyed as deliverance or rescue, so why would we not use this language now?

What am I missing in McLaren's response (or your understanding of his response) here?

I agree I just wanted to tell everyone to read A Community Called Atonement and then we would all stop arguing about this. Good posts about all things McLaren in Canton. I think it's not that McLaren won't talk about heaven/hell stuff, of course he has and does but it's that he's tired of it considering so much of the American church has been fixated on it. Really though both Hollon and McLaren did very well and was very pleased with the graciousness shown.

Brent,
I agree. And good book recommendation! How did you happen to end of reading it?

"isn't the goal of proclaiming the atonement to, in fact, rescue people from "hell" and into "heaven"?"

No, it isn't. It's to rescue people from sin and death, and into a new life, the life that is both redeemed and redeeming, participating with God in his salvation of the whole world, not just our souls. Of course it includes the afterlife, but it's so much more than that.

Great Googly Moogly,
I think that Travis answers your question well. In the Cristus Victor understanding of atonement, the "deliverance" is not so that our souls are saved from everlasting torment in hell; it is a deliverance from the bondage of sin and/or Satan in our life here and now. The world is in bondage to sin and/or Satan, and Christ dies to free the world from this bondage.

Thanks for the response.

I understand what you are saying. I put "hell" in quotes as a way to incorporate all that is understood by it (estrangement, sin, death, etc.) and "heaven" for the same reason.

My point is that our redemption (or "salvation") is a deliverance from something and unto something. And the words attributed to McLaren seemed to suggest a shying away from the deliverance aspect of the atonement.

I'm of the same mind as the both of you and was just wondering how McLaren views this deliverance aspect in the Emergent language that seems to distance itself from theological or doctrinal statements.

I keep up with most of what Scot is up to, Jesus Creed is my favorite blog and as soon as Community Called Atonement came out I knew I needed to read it. One of the top 5 books I've read in the past couple years. Also just watched really interesting debate/forum with Tony Jones, McKnight, Kevin Deyoung and a couple college kids about the emerging movement. Here is the link http://www.tangle.com/view_video.php?viewkey=b055dd51f345c802c26c

Very interesting, Bob. Yes, I'm so tired of all of this. Probably Brian McLaren is as well (Rob Bell is). But true debate is needed.

Thought you'd be interested in this post Bob. I know Scot did blog on it in the past.