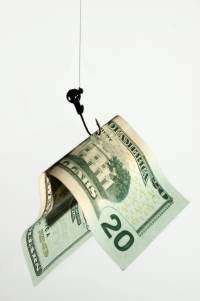 Coming out of the Christmas season and looking at the statements for our credit card purchases for the last month, Christians must ask ourselves where we have invested. Jesus told us,

“Do not store up for yourselves treasures on earth, where moth and rust destroy, and where thieves break in and steal. But store up for yourselves treasures in heaven, where moth and rust do not destroy, and where thieves do not break in and steal. For where your treasure is, there your heart will be also.” (Matthew 6:19-21)

The key to understanding this is that Jesus says “for yourselves.” If Jesus spoke these words in 21st Century America, what would he have said?

At the risk of presumption, I think he would have seen the way consumerism has defined our existence in the United States and said, “Don’t let the marketers suck you into thinking that you must have all that they are advertising to you. Invest not in things that have planned obsolescence and that feed your discontent for what you already have. Rather, invest in things that have eternal significance, that do not go obsolete and you will not feel the need to replace when the newest model comes out.”

Amongst the banality of commercials that seek to tell us we should buy things we don’t actually need, I’ve been struck by Toyota’s new ads, showing people destroying their perfectly good cars so that they can buy new ones. It’s meant to be outrageous and funny, but in the joke is the hint of reality. We go to the mall looking to replace things we already own with stuff we really don’t need.

Having my undergrad degree in Marketing, I understand what’s happening here: Marketers are attempting (and succeeding) to create demand for things we don’t need or don’t really want. They get us to covet things like a new iPod, plasma screen TV, or Lexus, and we start to really believe that we deserve these things.

As Benjamin Barber, author of Consumed, recently said on Bill Moyers Journal, “Capitalism needs us to buy things way beyond the scope of our needs and wants to stay in business…That's the bottom line. Capitalism is no longer manufacturing goods to meet real needs and human wants. It’s manufacturing needs to sell us all the goods it's got to produce.”

Some Christians have seen this corruption of Capitalism and have swung the pendulum over into an almost Marxist Christian view that demonizes private property, business for profit, and free market trade. This is not what I’m advocating here (see Michael Kruse’s excellent insights on Capitalism and Christianity here).

What I am saying is that I believe Jesus wants us to not be consumed by consumerism. He wants us to be wise with our purchases. He wants us to do the hard work of looking at ourselves in the mirror in order to see if we have succumbed to the temptations of our consumerist culture.

Interestingly, Jesus does not tell me that where my hearts is, that is where I will put my money. Instead he flips that around: “For where your treasure is, there your heart will be also.” In other words, I had better watch what I spend my money on, look at what I buy and what I own, see what’s on my Master Card statement. There’s my treasure. 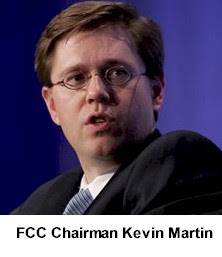 WASHINGTON (AP)— The Federal Communications Commission in a party-line, 3-2 vote, agreed Tuesday to overturn a 32-year-old ban and allow broadcasters in the nation's 20 largest media markets to also own a newspaper.

FCC Chairman Kevin Martin was joined by his two Republican colleagues in favor of the proposal, while the commission's two Democrats voted against it.

Martin pushed the vote through despite intense pressure from House and Senate members on Capitol Hill to delay it. The chairman, however, has the support of the White House, which has pledged to turn back any congressional action that seeks to undo the agency vote.

This is a tragic day for American society, and a justice issue for Christians to pray about and to act on. Today’s FCC decision overturned rules designed to support diversity of opinion and competition among news suppliers.

The number of media corporations that dominate our media has shrunk over the past 25 years from 50 to a very few elite conglomerates. Nearly 70 percent of the basic service channels on cable are owned by only a few companies like Comcast, Viacom, AOL Time Warner, Disney, General Electric, and the News Corporation. A significant number of the nearly 300 national television programming networks are owned by just 14 companies. Eighty percent of the country's daily papers are now owned by conglomerates.

The last time the FCC, led by another Republican (Michael K. Powell), attempted to relax the media ownership rules, they lost a major court challenge. The United States Court of Appeals for the Third Circuit in Philadelphia concluded that the commission had failed to adequately justify the new rules, especially in light of overwhelming public outcry not to go through with the change.

Today’s FCC, chaired by Republican Kevin Martin, went through the motions of having public hearings before this latest decision, though it was very clear that Martin was not truly interested in hearing the public’s opinion. His mind was so made up in spite of public outcry that he wrote an Op/Ed piece for The New York Times last month before the final hearing in Seattle.

Seattle Congressman Jay Inslee, a member of the House Subcommittee on Telecommunications looked at Martin in a recent congressional hearing and said, “When you have 1,000 people staying till 1:00 at night on a Friday, on the next Tuesday morning in The New York Times we see an op-ed by the chairman saying that he's going to propose rules that would basically ignore the testimony of these hundreds of people in Seattle the Friday before. Now, that troubles me because apparently, this is an op-ed that I can't believe wasn't written before this testimony was even listened to, and my folks in Seattle believe that they were treated like a bunch of chumps out in there that they had the FCC come out, fake like you're listening to them, and the deal was already done.”

The congressional leaders in both the House and Senate were stunned that the FCC would go ahead with the decision today in spite of the opposition from both Republican and Democrats.

"We believe localism and diversity of media ownership is vital in a democracy," Senator Dorgan said. "Our bill recognizes the importance of a wide range of media owners and local content, and requires a process that does not rush past those concerns to open the gates for even more consolidation of media ownership. We believe there is value to local ownership in the media."

"Communities count on getting their local news from their locally-owned television stations and weekly and daily newspapers," Senator Lott said. "They know 'locally-owned' means they're invested in their communities and care about their well-being. If the FCC won't do their job to keep East and West coast media conglomerates from pushing out these local voices, then there is a role for the Congress to play."

In Martin’s New York Times op/ed, he proclaimed that we must allow newspaper corporations to buy television stations or radio stations in markets in which they already own newspapers, warning that “if we don’t act to improve the health of the newspaper industry, we will see newspapers wither and die.”

While it is true that newspaper circulation and profits are down, newspaper corporations still generate profit margins that are greater than Fortune 500 corporations. Also, according to Scarborough Research, “When online readers are considered, the story of newspaper readership for many papers transforms from one of slow and steady decline to one of vibrancy and growth.”

It is an injustice that the FCC's Martin has placed the media conglomerates' interest in profit above that of the public interest.

Let’s pray for justice in media ownership. We need mass media that is free to report the news unencumbered by the eye of corporate big money and free from a homogenized view of just a few conglomerates. Diversity of opinion and news-media competition are essential for the public to have a truly free press.

For a helpful in-depth report on this issue, see this video from Bill Moyers:

Sorry for the Quiet Blog

Things have been very busy and hectic in the ministry, so I have not been able to blog like I like.

But there are a lot of ideas perculating in my head...
...especially as I read and as I think about how we are to incanate the gospel and live out "Emmanuel Apologetics."

Saw Rob Bell's "The Gods Aren't Angry" Tour the other night, and it was very good. There was certainly some room for critique (I did not agree with his every point), but as I looked at the audience and listened to the message as Bell told the sweeping story of how the God revealed in the Bible is different from the ancient religions, I just thought, "Thank God for Rob Bell."

He is connecting with a new generation of people with the Gospel of God's love.
Posted by Bob Robinson at 12/04/2007 3 comments: