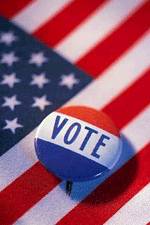 In a recent meeting of my Sunday night Christian community, "oasis," we discussed "Social Justice and Compassion" (one of the "six traditions of Christian faith and witness" as spelled out in our study from Renovare).

My personal exercise was to come up with what I felt were the top 10 issues in this election year.

I have been slowly but surely building a list over the past year, and the issues have naturally surfaced as I have read and prayed through this.

Here is my Top 10 - in alphabetical order:

Bioethics, Abortion, and the Sanctity of Life

Creation and the Environment


For in-depth information and analysis of these issues, go to
http://www.vanguardchurch.com/social_action.htm

Please let me know what your Top 10 are, so that I may re-evaluate my list in light of your comments!

While I was in Denver a couple weeks ago, I went to a lundromat in the city to wash our hiking clothes (peeeyeew!).

Seeing that the seating was sparse as I awaited for our clothes to wash, I asked a young man if I could sit across a table from him.

As I read my newspaper and he his book, I noticed that the title was The Da Vinci Code by Dan Brown. The young man was taking notes in a little notepad as he read it. I had just recently read a lot about this book, and decided to see if this might be one of those divine-appointed moments--when I can talk with a fellow human about spiritual issues. 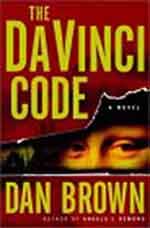 I asked him why he was taking notes as he read this particular book. He told me that, even though he was not usually into 'conspiracy theories,' he found this book fascinating and wanted to record and research further what Brown alleges.

I said that this sounds like a great endeavor. I said that I had been reading a lot about the book and how many are really criticizing the presumptions in it. He asked me what those were. I said, “Like the presumption that the Gnostic Gospels are authentic, when most every biblical scholar knows that they date hundreds of years after Jesus, and were written by people who did not believe that Jesus could possibly be God-in-the-flesh. That’s the central tenet of Gnosticism—that ‘spirit’ is good, ‘flesh’ is bad, and therefore God could not become ‘flesh’ as the four gospels in our Bible puts it.”

“Also, how the conspiracies in the book make for great fictional reading, but there is not a shred of real evidence that has ever pointed toward a great cover-up concerning the church and Jesus Christ.”

Then I asked, “What do you think of Jesus? Was he God-in-the-flesh, or just another human?”

This was when the conversation got really good. He told me of his background in the church, how he was raised in a very conservative Christian home, and was involved in leadership in his church youth group and in a Christian organization in college. But that he just could not hide his homosexuality any longer, and ‘came out.’ He was shunned by his friends and much of his family, and the church acted as if he had the plague.

He told me that he left the church as a result, and has been seeking to figure out how to be both gay and Christian, with little hope that it can happen. All he sees is hatred for him and his sexuality in the church. He says he’s fed up with the church.

I told him that I felt the same in very many ways about the church. But not about Jesus. He is all about love and compassion—whether or not the people who claim his name are not. As we ended our conversation, as he was running late, I encouraged him to seek Jesus, not a Jesus that the church has distorted to meet their prejudices and comfort and desires…and also not a Jesus that may be distorted by his own prejudices and comfort and desires, but the Jesus that is truly revealed to us. The Jesus who loves so much that he would die for people like the both of us, in our misery and frustration and seeking meaning and wanting a deeper love than we’ve experienced.

I also encouraged him to keep seeking the truth—not just the latest fad in conspiracy theories, but the truth about God as revealed in Jesus Christ.
___

For some FAQs about The Da Vinci Code, go to http://www.vanguardchurch.com/faqs_about_faith.htm

Just wanted to let people know that I have been invited to speak at
First Christian Church's ministry to young adults, "Tuesdays" on Tuesday, August 31st, 7:00 PM.

I will be speaking on "Worshiping Even When You Don't Know What God's Up To."

God is not a Republican. Or a Democrat.

Here is an EXCELLENT petition that lays out some of the great Christian concerns that the Religious Right (represented by Jerry Falwell and Pat Robertson) do not understand or care about. 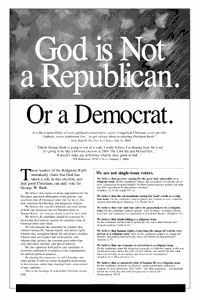 A PDF format of the petition can be found here and you can sign the petition by going to Sojourner's "Take Back Our Faith" page.

I am currently working on a "countdown" of the top issues of this election from my personal Christian viewpoint--along with a scorecard of where George W. Bush and John Kerry stand on these issues.
Please watch the BLOG for these!

Of course, this petition from Sojourners speaks a LOT toward those issues!
So, it is a good starting point. 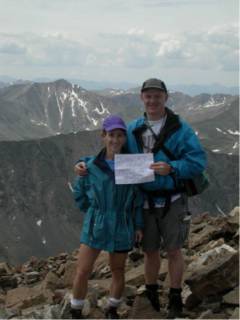 A complete, concise diary of my Colorado trip (July 31-August 8, 2004) can be found at vanguardchurch.com, including pictures!