I'm on a blogging hiatus. 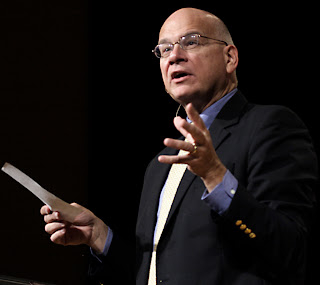 The CCO's collaborative website, CampusMinistry.com has posted the audio from when Tim Keller spoke at a CCO-sponsored Pittsburgh event while on tour supporting his book “The Reason for God”.

The Real Problems with the "Separation" of Church and State

The liberals in America are upset with Barack Obama. 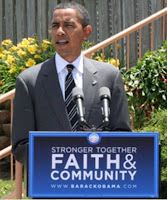 Senator Barack Obama said Tuesday that if elected president he would expand the delivery of social services through churches and other religious organizations, vowing to achieve a goal he said President Bush had fallen short on during his two terms.
“The challenges we face today — from saving our planet to ending poverty — are simply too big for government to solve alone,” Mr. Obama said outside a community center here. “We need an all-hands-on-deck approach.”
Some Democrats have previously backed similar efforts, but Mr. Bush’s version, a centerpiece of his first-term agenda, has been a lightning rod for criticism from those concerned about the separation of church and state and those who argued that Mr. Bush had used it to further a conservative political agenda.
In embracing the same general approach as Mr. Bush, Mr. Obama ran the political risk of alienating those of his supporters who would prefer that government keep its distance from religion.

Obama went on to say,
“I know there are some who bristle at the notion that faith has no place in the public square. But the fact is, leaders in both parties have recognized the value of a partnership between the White House and faith-based groups.”

“It is one of the most insidious aspects of the Reagan and Bush presidencies. What was never attempted before, a smudging of the line between church and state with the current president Bush turned faith-based initiatives, becoming a part of the government, making America to some small degree, even a tiny fraction of 1 percent part theocracy.
In our fifth story on the Countdown: Seeing political opportunity and seeing some way of incorporating the faith without the intolerance, Senator Barack Obama today, is trying to offer the compassion without the conservativism, and deliver unto himself some votes.”

We need a little bit of a constitutional lesson here, I think. I am not a constitutional scholar, so maybe I’m getting some of this wrong (that’s why I have you, dear blog commenter, to help me). Here are some things I think we need to understand about the relationship between church and state in the USA.

The First Amendment of the American Constitution brilliantly clarified the relation between church and state. Here’s how it reads:

“Congress shall make no law respecting an establishment of religion, or prohibiting the free exercise thereof.”

The first clause deals with the establishment of religion. It says that, at a federal level at least, there should not be an established church, like the one the founders experienced in mother England. It also implies that no special preferences should be given to any one religious body.

This was genius; it directly dealt with what had caused so many problems in other nations. It not only declared that church and state are two different institutions, but it also declared how the state is to relate to religious bodies. The state would treat all churches equally.

The First Amendment was an ingenious way to articulate the relationship between church and state. But we could not leave well enough alone. In the 1947 case Everson v. Board of Education, Supreme Court Justice Hugo Black used Thomas Jefferson’s extra-constitutional statement (“the separation of church and state” in an 1802 letter to the Danbury Baptist Association) to muddy the waters. Black also stated that the First Amendment meant that the government could not “pass laws which aid one religion… (or) aid all religions” (emphasis added). This changed everything; the government could not “aid” any religious group, no matter how evenhanded or nondiscriminatory such aid might be.

Paul Marshall, in his must-read book, God and the Constitution: Christianity and American Politics, suggests that this shift in the interpretation of the First Amendment has led to five dangerous trends:

I write all this not to say that I favor “theocracy.” The point is that Olbermann and the like get all hot and bothered by what they fear to be theocratic ideas. Nobody, including most evangelicals, wants a theocracy. What we want is to have a proper relationship between church and state. In the past couple of decades, the Court has moved away from this strict separation idea, starting with the landmark case, Widmar v. Vincent, (1981), where a Bible study group was allowed to meet at a university since it allowed the same conditions to other groups. Congress passed the Equal Access Protection Act (1984) to ensure religious groups equal access to public school facilities. The court, in Good News Bible Club v. Millford, (2001), allowed a Christian youth group to meet after hours at school since the school allowed other groups to meet then.

The language of “separation” does not get us very far, it only creates new tensions. What we need is to get back to the Constitution, which stresses equality before the law for all religious groups, and does not artificially pretend that the government and religion do not interface.
Posted by Bob Robinson at 7/03/2008 4 comments:

Is Obama the “Emerging Church Candidate?”

CNN reports that Obama toured the Eastside Community Ministry in Zanesville, Ohio today and gave an address on how he plans to build a “real” partnership between faith-based organizations and the White House if he becomes president.

He feels confident that he is reaching out to evangelical voters, having private summits with pastors and has an advocate in the Matthew 25 political action committee, a group that takes its name from the passage cited by those who insist that the gospel is very much about justice issues for the poor and needy.

“Brian McLaren, a former pastor who spent 24 years in the pulpit and is now an informal adviser to the Obama campaign, believes that a significant portion of evangelical voters are ready to break from their traditional home in the Republican Party and take a new leap of faith with Obama.

"I think there's a very, very sizable percentage -- I think between a third and half -- of evangelicals, especially younger [evangelicals], who are very open to somebody with a new vision," McLaren said.

That new vision, he said, isn't focused on traditional social issues like abortion and gay marriage but more on efforts to end global warming and the war in Iraq.

"We've watched the evangelical community be led -- be misled -- by the Republican Party to support things they really shouldn't have supported," McLaren said, including "the blind support for the Iraq war when it was launched on either mistaken or false pretenses."