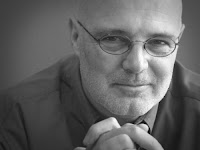 Brian McLaren started out the debate at Malone University by mapping out the progression of the emerging church conversation and his contribution to it.

STAGE ONE: He said it started out as a conversation among young, white, middle-class pastors (and him as the old guy at 42) about how to do church in order to reach 18-30 year olds outside of the church. McLaren’s book The Church on the Other Side reflects this conversation.

STAGE FOUR: The next stage entailed the realization that the conversation was very white and male and middle classed. They began to expand the conversation into seeking to understand church history and other Christian traditions, while inviting women, mainline Protestants, Eastern Orthodox, and Catholics into the discussion. This led to McLaren’s book, A Generous Orthodoxy.

STAGE FIVE: With this desire to get beyond the particularity of American Christianity, the Emerging Church conversation began listening to those outside the United States, hearing how others see the gospel as focused on Justice and Civil Issues. They discovered that The Kingdom of God is much more the center of the gospel outside of the states. McLaren’s books The Secret Message of Jesus and Everything Must Change reflect this stage.

STAGE SIX: McLaren said that the next stage he senses the conversation moving into is what he calls “Spirituality:” cultivating a deep awareness, love, and worship of God. This is reflected by his new book, Finding Our Way Again: The Return of the Ancient Practices.

As I listened to Brian map out these stages, I thought, “This explains a lot about Brian’s journey and that of others who have been involved in this emerging church thing.” For me personally, it brought to mind my early connections with Brian. As I led a new church plant in 2001, his The Church on the Other Side was very helpful. The first book I led our church leadership through was More Ready Than You Realize, and I gave away a case of Finding Faith to people that I was sharing my faith with. These three books were, and continue to be, three of my all-time favorites. I began this blog after attending the Emergent Conference in 2004, spending a weekend as part of Brian McLaren's Emergent Conference cohort, meeting with him several times during the conference to discuss with him the conference and processing it into my ministry.

From what Brian McLaren said at Malone, this much is certain: He is on a spiritual journey, a journey that is continuing to evolve as he engages in new conversations, exploring the implications of the Gospel on different aspects of life. This is why his books have become more and more controversial. People were fine with him exploring how to do church to reach a new postmodern, post-Christian generation. They are less comfortable with the McLaren that is becoming more and more political (now that he is no longer pastoring a local church, he calls himself an “activist”), and especially as he becomes more and more ready to question the standard theological assumptions of American evangelicalism. The church has always been uncomfortable with “activists,” especially if they perceive that the activist is thrying to change them!

However, this should inform how the church should interact and interpret Brian McLaren. He is just a person who thinks deeply about things, is in conversation with a lot of people about these things (both personally and through research), and writes about where he is on this journey. Where will Brian McLaren be in 10 years? Only God knows (I mean that literally, not with my eyes rolling and throwing my hands up, exclaiming, "God only knows!"). :-)

But it is certainly exciting that the stage he’s in now finds him exploring the ancient Christian spiritual disciplines, like fixed-hour prayer, fasting, and the observance of the Sabbath. This stage might bring many of his skeptics back into listening to him again.
_
other posts in this series:
The Inquisition of Brian McLaren?
Cage Match: Bryan Hollon vs. Brian McLaren (Well, Not Exactly)
McLaren at Malone: My Musings on the Mêlée
Posted by Bob Robinson at 4/01/2009

I sort of doubt it, Bob, your last point about getting the skeptics to listen to him. I met McLaren in '04 myself, in a conference in Chattanooga; went to Emergent '04 (San Diego; were you there, or in Nashville?). I like Brian; I think he says some important things. At the same time, his writing frustrates me significantly, to the point where I've pretty much written him off. Most annoying is his habit of saying things that he ought to know are either controversial, carelessly-worded, or hyper-vague, and then, getting "called on it", backpedaling into "I can't see how they'd get that; that's not what I meant." The act just got old for me; I want to say, "write what you mean, and mean what you write", for Pete's sake.

I don't know; I think he means well, but I think he's lost the ear of most of his skeptics by such tactics, so that even if he has some good things to say in the future--and he well might--I doubt many folks outside his current circles are likely to listen. He may be walking down some paths that are worth walking, but he's made himself into such a polarizing figure--to at least some degree needlessly, I think--that he has diminished some of the influence he could have had.

I'm not sure he's a heretic; I have at least some sympathy for him, and for parts of his message, of course. But I think his shortcomings as a messenger have hurt him significantly. And there are some who are associated with him, "hangers-on" to the movement (and even some of its more influential voices, like Spencer Burke and maybe Doug Pagitt) whose views are at least borderline heretical (Burke is essentially a universalist; heard him admit to that--effectively--with his own mouth). I'm much more on sympathetic with Dan Kimball (I was in his cohort in '04), whose theology is solid, but who is willing to break the molds to reach people.

That's my two-cents worth...

Byron,
I hear you, and affirm your misgivings about McLaren. Well said.

I was at the Nashville Emergent Convention with my friend Matt. The highlight was the two day pre-conference seminar I attended led by Stan Grenz. I was ready to move to Seattle and get my Ph.D. under the guy after that. Then he passed away less than a year later. What a mind! And what a heart for God!

An emerging-kind-of-thinker, an alum of Malone, a youth pastor and college outreach specialist (all wrapped up into one!), Joel Daniel Harris, offered this insight on his blog:

"two different approaches to presenting that the proponents took:
both totally embraced their personal worldview in their presentation style, a move that didn’t appear to be observed by those asking questions or by many of the people i’ve had conversations with since the forum. Brian McLaren told a story. the story of how the emerging church conversation began and evolved over time to cover the various topics that it has engaged with. Bryan Hollon shared a series of areas & disagreements with the approach of the emerging church. he was interested in addressing specific issues and areas and in deciding what was right and wrong about the emerging church. McLaren was more interested in sharing a story and considering the implications of the themes of that story. Hollon was more interested in dissecting the particulars and lining them up as truths or untruths. i don’t intend to say that one or the other is right or wrong, and i hope that is apparent, but that they are two very different approaches. and this is part of the reason why there is such distinct disagreement between the two “camps”…even the very way that they present their thoughts is in opposition to each other."

This metanarrative of Brian's just don't ring true to my experience of it. I never thought the emerging conversation was so linear and monolythic.