How should Christians interact with art?

What is the best, most God-honoring way to be a patron of the arts (not just the “high arts” but also pop culture)?

In the evangelical church, there has been a wide range of attitudes toward popular art. 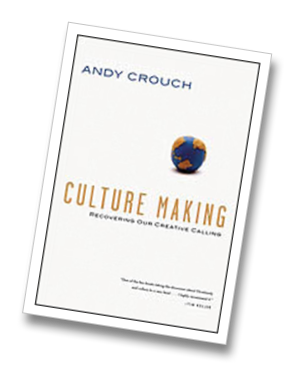 Andy Crouch, in his excellent book Culture Making: Recovering Our Creative Calling, differentiates four strategies that, by themselves, have failed to have any effect on culture. Any one of these four strategies, when seen as the only possible Christian response to art, become what Crouch calls “postures.” “Our posture is our learned but unconscious default position, our natural stance.”

He contrasts “postures” with “gestures,” bodily motions ranging from embracing to being stand-offish.


“Something similar, it seems to me, has happened at each stage of American Christians’ engagement with culture. Appropriate gestures toward particular cultural goods can become, over time, part of the posture Christians unconsciously adopt toward every cultural situation and setting.” (Culture Making, p. 90)

Crouch helpfully identifies the historical “postures” that evangelicals have had toward artistic popular culture:
Some Christians have historically condemned new artistic innovations (especially in popular culture) as ungodly, especially if the art is from the world of mainstream, secular culture. The presumption is that Hollywood, modern art, or the latest musical styles are aligned with the realm of evil and are thus opposed to the Kingdom of God. Since popular culture is from the devil, the only proper posture for the Christian is total abstinence. Crouch writes, “‘Holiness’ for fundamentalists came to be closely associated with negative choices—avoiding cultural activities like dancing or going to the movies.” (p. 85)

While there are some cultural artifacts that deserve this kind of condemnation (pornography or sadistically violent music come to mind) and it is appropriate at times to use this “gesture,” Crouch correctly states that a permanent “posture” of condemnation is not what Christ wants from his followers.

A posture of condemnation is an easy, simplified way of uncritically dealing with the nuances of art by taking the theologically wrong “secular/sacred dualism” approach.

Next Week: Critiquing, Copying, and Consuming Culture.
Posted by Bob Robinson
Email ThisBlogThis!Share to TwitterShare to FacebookShare to Pinterest