Structure and Direction: A Better Paradigm for Cultural Engagement

There is a superior way to deal with culture rather than the pietistic path of arbitrarily deciding what in the culture is bad and then shunning those things. 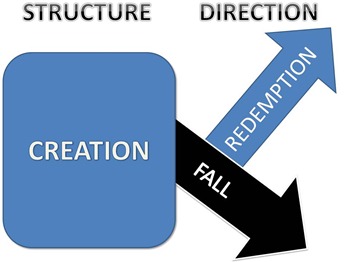 Albert Wolters suggests that if we think in terms of the biblical storyline of “Creation, Fall, Redemption,” we will have a better paradigm by which to engage culture.

“Creation” is the way things were originally created, “very good” in God’s eyes. It is the “structure” that God originally intended, not just for the primordial creation, but also the latent potential embedded in the creation from the beginning which enables humanity to create new technologies and art.

“Fall” and “Redemption” are then the two opposing “directions” that humanity is now engaged in exercising upon this God-ordained structure. Thus, if we think in the paradigm of “Structure and Direction” we will be called not just to shun the things of the Fall, but rather to actively engage in changing the trajectory of those things toward Redemption. 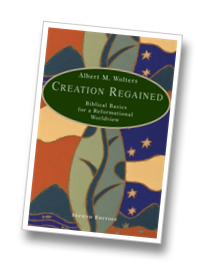 “This twin emphasis makes a radical difference in the way Christian believers approach reality. Because they believe that creational structure underlies all of reality, they seek and find evidence of lawful constancy in the flux of experience, and of invariant principles amidst a variety of historical events and institutions. Because they confess that a spiritual direction underlies their experience, they see abnormality where others see normality, and possibilities of renewal where others see inevitable distortion. In every situation, they explicitly look for and recognize the presence of creational structure, distinguishing this sharply from the human abuse to which it is subject.” (pp. 88-89)

In Matthew 13:33, Jesus says, “The kingdom of heaven is like yeast that a woman took and mixed into about sixty pounds of flour until it worked all through the dough.”


“We learn for this that the gospel is a leavening influence in human life wherever it is lived, and influence that slowly but steadily brings change from within. The gospel affects government in a specifically political manner, art in a peculiarly aesthetic manner, scholarship in a uniquely theoretical manner, and churches in a distinctly ecclesiological manner. It makes possible renewal of each creational area from within, not without…

Everything in principle can be sanctified and internally renewed—our personal life, our societal relationships, our cultural activities…
What was formed in creation has been historically deformed by sin and must be reformed in Christ.” (p. 90. 91)

A “Missional” attitude for artists and for those who patronize the arts, then, is to be actively reformational: Intentionally seeking to be change agents, changing the direction of God’s good creational structure away from the depravity of the Fall and toward the re-creation of all things in Christ.
Posted by Bob Robinson
Email ThisBlogThis!Share to TwitterShare to FacebookShare to Pinterest