Coldplay's Viva La Vida - The Will to Power vs. Shalom

A Christian Interacts with Viva La Vida, Or Death and All His Friends 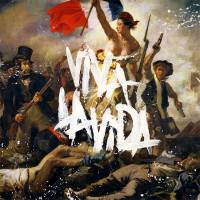 Coldplay’s latest hit was one of my top ten albums of 2008. In it, lyricist Chris Martin explores the subject of death from different angles. As I listen to this wonderful album, I wish Chris was sitting next to me. I’d love to understand what he would think of my opining about his lyrics. In future posts, I’m going to do that, with you, here in the vanguard.

In the most famous song from the album, the main character is a man reflecting on lost power and prestige, a king who no longer rules but rather lives a very humble and humiliating life.

This king was able somehow to overtake the previous king, but his power was fleeting –

Just as he had taken power, others were seeking to overthrow him –

Revolutionaries wait
For my head on a silver plate
Just a puppet on a lonely string
Oh who would ever want to be king?

So now, after the “wicked and wild wind” had allowed him to have power, he finds himself no longer “ruling the world.” And he is now wondering about his eternal fate. What will happen to him? In the chorus the king sings –

I hear Jerusalem bells a-ringing
Roman cavalry choirs are singing
Be my mirror, my sword and shield
My missionaries in a foreign field
For some reason I can't explain
I know St Peter won't call my name
Never an honest word
But that was when I ruled the world

Why does he feel that “St. Peter won’t call his name?”

Throughout the song, there is a clear indication that the character understands what philosopher Friedrich Nietzsche called “the will to power," that most of us will often allow our need for achievement to outweigh our desire to be good to our fellow human beings. Our ambition and our striving to reach the highest possible position in life often does incredible damage to the harmony and love that should be the standard for our human existence.

This concept of peace and harmony between human beings, where we do not will to have power, but we submit to one another out of love, seeking the very best for others, is an old biblical concept. It was what the Hebrews called “Shalom.”

Nicholas Wolterstorff says that a society characterized by shalom combines peace, justice, and enjoyment of all relationships so that all peoples can flourish in their lives, and that they can also delight in their relationship with God (Wolterstorff, Until Justice and Peace Embrace). Writing on shalom, Cornelius Plantinga, Jr. embraces and expands Wolterstorff's definition:

“We call it peace, but it means far more than mere peace of mind or a cease-fire between enemies. In the Bible, shalom means universal flourishing, wholeness, and delight…the webbing together of God, humans, and all creation in justice, fulfillment, and delight. Shalom, in other words, is the way things ought to be.” (Plantinga, Not the Way It’s Supposed to Be: The Breviary of Sin, p. 10)

So what the character in the song Viva La Vida is experiencing is this: the lack of SHALOM. Plantinga has it right: Things are NOT the way they are supposed to be. There is evil where Shalom is supposed to be. I like the way Plantinga describes it:

“We might define evil as any spoiling of shalom, any deviation from the way God wants things to be. Thinking along these lines, we can see that sin is a subset of evil; it's any evil for which somebody is to blame – sin is culpable evil... Sin grieves God, offends God, betrays God, and not just because God is touchy. God hates sin against himself, against neighbors, against the good creation, because sin breaks the peace... God is for shalom and therefore against sin." (Plantinga, Engaging God’s World, p. 51)

So why does the character feel that St. Peter won’t call his name? Because he has a deep-seated understanding that his life was full of sin, that he was culpable for his will to power. And, if God is just, there must be consequences to the destruction of shalom.

Just found your page on a search as I prepare for a sermon on Ecclesiastes for next week. Going to play Johnny Cash "Hurt" against/with Coldplay's "Viva"(Thanx for the YouTube link).

Yeah, not sure what to make of "I know St. Peter won't call my name." At first I thot it was our typical human arrogance that "death will never happen to me". Perhaps from an earlier time in his life.

Seems like the story in Eccl 4:13-16 has some fit with the picture of the story in the song as you describe it.

Can't help but wonder as I think about how to package this for the sermon, that good music is like good art ... trying to deconstruct it takes away from the beauty. So maybe when I preach I need to let my words be few.