"Christians need to learn to love institutions again, and they won't get very far in transforming society unless they do." 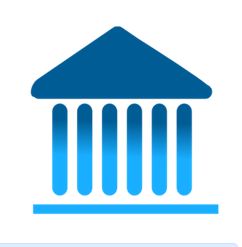 It is an ongoing tension I feel.

As I discuss my vision for ministry with good-hearted evangelical Christians, they are suspicious of my embrace of the University as a God-given institution. I explain to them that as a campus minister, I am called to be a blessing not only to the college students that I interact with, but also to the institutions themselves.

For a long time, evangelicals have been trained to see cultural institutions as the devil's domain, that evangelicals need to separate themselves from them. Parents of students heading to state universities openly display their anxiety: They worry about how that godless institution will destroy the faith of their child.

Campus ministers for a long time operated under a "save and protect" paradigm. They were asked to reach out to students trapped in these secular humanistic institutions to save them from the studies that they are engaged in. The idea that one can be academically engaged on a secular campus was skoffed at; the only thing that a campus minister should do is provide safe haven from the godlessness on campus through a Christian fellowship group, training believers to disdain the subjects that the school is seeking to teach them. The campus ministry provided a counter-culture that had as its ultimate priority getting people out of this godless world and on their way to heaven, while protecting believers from the sinful world in the meantime.

Certainly there is a need to help Christian students to discern that which is contrary to God's will and that which aligns with it. But that is different from having a blanket disdain for institutions.

David Naugle, professor of philosophy at Dallas Baptist University and author of wonderful books like Worldview: The History of a Concept and Reordered Love, Reordered Lives, has written a great little piece on our need to re-embrace institutions: "Habits of the heart—individual AND institutional."


There has been a growing recognition recently among evangelical Christians of the part institutions play in culture and cultural change. One example is political philosopher Jonathan Chaplin, who in an April 2010 article titled “Loving Faithful Institutions” wrote that despite prevalent skepticism regarding institutions, and though “dynamic relational networks” are all the rage, “Christians … need to learn to love institutions again, and they won’t get very far in transforming society unless they do.”

Similarly, James Davison Hunter in his much-discussed volume To Change The World (Oxford 2010) has asserted that while ideas in the hearts and minds of individuals are very important, “without understanding the nature, workings, and power of the institutions in which those ideas are generated and managed, one only understands half of what is going on in a culture.” Thus Hunter states, “It is better to think of culture as a thing … manufactured not by lone individuals but rather by institutions and the elites who lead them."

Is such an emphasis on institutions biblical? The word “institution” is rarely used in English translations of Scripture. For example, the New American Standard uses the word only once for the Greek expression anthropine ktisei in I Peter 2:13-14.

Other biblical teachings, along with some sanctified, sociological human wisdom, will undoubtedly influence our understanding of the role of institutions in human life and cultural change. But one question keeps coming to my mind, and it is this: should the focus of Christians be on major and minor league institutions, or on grassroots individuals, as the swing factors in culture and cultural change? I keep coming back to the—“Well, of course, it’s both”—answer.