Should We Mindlessly Consume Culture?

In his excellent book, Culture Making, Andy Crouch’s fourth “posture” that he observes in evangelical Christianity is the current trend of “Consuming Culture.”\ 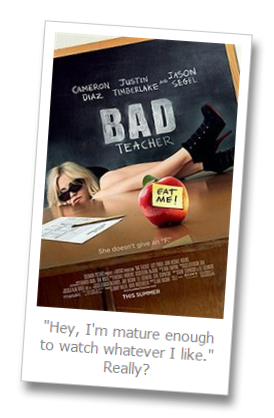 Many of today’s North American Christians watch and listen to what everyone else does, believing that pop culture is simply innocuous entertainment and rarely giving a second thought to what they consume. Crouch says that in his interactions with evangelicals, “they are content to be just like their fellow Americans, or perhaps, driven by a lingering sense of shame at their uncool forebears, just slightly more like their fellow Americans than everyone else.” (p. 89)

We see the antithesis in verses like Jeremiah 17:9, “The heart is deceitful above all things and desperately sick.”
It must not be forgotten that the Kingdom of God is in opposition to the evil reign of Satan, sin, and death. Those yielded to the Lordship of Christ are moving toward conformity to the image of Christ (Romans 8:28-29). But those who are not redeemed in Christ persist in a state that resists God’s will in many ways. “The natural person does not accept the things of the Spirit of God, for they are folly to him, and he is not able to understand them because they are spiritually discerned. The spiritual person judges all things, but is himself to be judged by no one. ‘For who has understood the mind of the Lord so as to instruct him?’ But we have the mind of Christ” (1 Corinthians 2:14-16).

But we must not assume that all that we see in popular cultural artistic expression is a manifestation of this common grace. While the minds and hearts of the regenerated are being transformed into the image of the Son, Scripture consistently warns us to be careful where we place our affections. The Apostle John wrote, “Do not love the world or the things in the world. If anyone loves the world, the love of the Father is not in him. For all that is in the world—the desires of the flesh and the desires of the eyes and pride in possessions—is not from the Father but is from the world” (1 John 2:15-16).

It should be obvious to the mature Christian that much of today’s Entertainment Industry is filled with market-driven, narcissistic ideologies that are counter to God’s Kingdom.

However, many Christians pay no mind to this. While they think that others may be affected negatively, they believe that they are immune to any negative effects and thus consume what the culture produces without much worry, thinking they are mature enough to handle it.

But this is not a sign of maturity, but the opposite, for those who are maturing in Christ intentionally set their minds and hearts on the things of God, not on the ideas and affections of the fallen world (see Colossians 3:1-4).
Posted by Bob Robinson at 9/14/2011