What do evangelicals need most concerning politics? 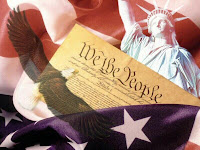 The Center for Public Justice, under the new leadership of my friend Gideon Strauss, has asked readers to answer this question:

“What do American evangelicals need most, today, to help us discern our political responsibilities?”

Here’s what I think we evangelicals need most:

We need to rise above punditry. Instead of letting the political pundits from the far right or far left persuade us with shallow and harsh arguments, we need to think long and hard about issues, putting Christ first ahead of our political viewpoints.

We need to speak with civility. Punditry has made an art form out of uncivil dialogue. It is now seen as entertaining to castigate your opponents rather than to thoughtfully engage them. Christians are even guilty of this kind of contentiousness. If we are to move forward with our political responsibilities, we cannot treat others in such a way, for it is the opposite of true political discourse.

We need to think globally and act locally. Christianity is not an American religion, and America must not be seen as a mythical “Christian Nation.” Christianity does not equate to Americanism. Christianity crosses all boundaries, all nations, all tribes, all tongues. Our politics must be done with global concerns in mind. However, our politics is done locally – not only in our own nation, but in our own cities and neighborhoods.

We need to remember that “God is not a Republican… or a Democrat” (to borrow from Jim Wallis and Sojourners). But this slogan has been warped over the past couple of years to mean something that it should not mean: “God is not a Republican - so let’s go over to the Democratic Party instead.” It should mean that Christians are above party politics, and that if either party wants our vote, they must legitimately deal with the issues that concern us. And if they want our participation in their party, they must allow us an equal place at the table. If not, we are not blindly loyal, and they will lose us. We need the political leverage that comes from being loyal to Christ rather than party.

We need to understand the diverse ways that “liberal” and “conservative” are used. Liberalism and Convervatism can mean different things in different contexts. What are we talking about? Political? Social? Theological? The difficulty is when we conflate all these together under one banner, and therefore increase our difficulty in analyzing the issues of each particular context. In other words, why can't one be "conservative" theologically, be "liberal" in societal issues, and be something else politically? (Or any other mix?) It would be great if Christians could identify themselves in these diverse ways, rather than with one term across the board.

We need to modify our understanding of the role of religion in politics, clearly never inferring a theocratic paradigm. Political candidates have increasingly spoken “religious talk," pandering to the many Christians who simply believe that if we have a person of faith in office, God will then bless and divinely lead us. But this is simply too shallow for a truly Christian political philosophy. It doesn't take seriously God's "Common Grace" in political institutions, and is simply ignorant of the neocalvinist idea of "Principled Pluralism." We must seek to find biblical principles of justice that apply without preference for anyone's professed faith over any other, accepting that we live in a diverse society.
_

In a very real way, this is the post that I've been trying to write for much of the past year ... I keep posting something that hits at it, but I think that you just NAILED it!

Wickle,
Do yourself a favor and head over to Gideon Strauss' blog to read other people's answers to this very important question (he's posted 13 so far!).

I was just reading Charles M. Sheldon's In His Steps last night, and in the story, this is what the newspaper man Edward Norman wrote of what he thought Jesus would do with the political commentary in a newspaper:

I think that is a good commentary for us all.

I really like these words I've read and feel like this as well. However, I don't feel the evangelical right, as they call it, agrees with this at all.

I feel they will continue to fight for their causes, put us in a weaker position where we get lumped in as "those Christians," and then looked upon as not evolving.

However, this article does have hope in it in regards to tough conversations that need to be had within the Christian community in regards to politics.

In other words, one of my favorite quotes from a movie is from the movie Philadephia where Denzel Washington is representing Tom Hanks who has aids, the judge gives this dialogue about how this court decides things on the bases of testimony, proof, and witnesses, and that it's fair? Denzel looks at him and says, "Yes, but we don't live in this court room your honor!"

That's how I feel, in the real world because we don't talk about the real heart of the matter, and agree to disagree or agree, whether where two Christians, or not, is what's needed. Great writing, great conversation.

However, putting faith in princes (or presidents, or prime ministers, or representatives, or senators, etc.) is a dangerous thing to do. I don't think a lot of those of the "religious-right" have learned that lesson, and I fear that many on the "religious-left" have not learned from others' mistakes.

We do need to find a way to talk to each other, but first we each need to enter an internal dialogue. On each issue, we need to ask is our response a biblical response (using the Bible, not single-verse picking) or another response.

We also need to keep in mind that people can differ genuinely and in a Christian way on methodology. This, I think, has been the biggest issue for everyone. We have also allowed the "princes" of politics and media define us (this has been a problem of the ages), and we all need to realize that both use generalizations that rarely define even most of whom they seek to generalize.