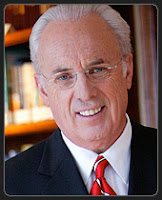 MacArthur makes too sweeping of statements, applying Jude's statement about false teachers in Jude 4 ("For certain men whose condemnation was written about long ago have secretly slipped in among you. They are godless men, who change the grace of our God into a license for immorality and deny Jesus Christ our only Sovereign and Lord) to Rob Bell, Brian McLaren, Stan Grenz, John Franke, John Armstrong, Chris Seay, and Donald Miller - calling them "apostates." This is a brazen way to disagree with people - to accuse them of denying Jesus Christ and condemning them to damnation. This kind of careless accusation breaks the ninth commandment: “You shall not give false testimony against your neighbor."

However, in my zeal to show this and to help people see that MacArthur's category of "apostate" is too wide and too nebulous, I sought to show that his dispensational theology would fit his own categories of an "apostate."

Lewis Sperry Chafer, one of the key formational dispensationalists some 100 years ago famously said,

As Mark Noll wrote in The Scandal of the Evangelical Mind,

"The supernaturalism of dispensationalism... lacked a sufficient place for the natural realm and tended toward a kind of gnosticism in its communication of truth." (p. 132)

What I was trying to articulate is this: Since gnosticism is not a Christian teaching, and since MacArthur is a dispensationalist, his accusation that the Emerging Church is apostate opens himself up to that same false accusation. His category of "apostate" is so nebulous, that the great Lewis Sperry Chafer can be called one.

However, my point still remains: When we brazenly call people apostates, we had better be unequivocal about what exactly that apostasy is, identifying specific actions of those being accused and specifically pointing to the Bible to show where these actions are clearly condemned. MacArthur, famous for his meticulous exposition of Scripture, freely applies the exacting standard of Jude to the Emerging Church without proving it is the case (except to say, falsely, that they reject "truth").

If we were to use MacArthur's nebulous application of Jude 4, we could level the accusation of apostasy against just about anyone.

This computer I have, it's keyboard specifically, drives me crazy. I had a comment typed out, hit wrong key and lost everything. And I can hit it on either side. Dangerous keyboard.

I can't gather all I just typed (I must be tired), but I do wish we Christians would be more reticent to put other people, and especially other Christians, in a bad light. It gets pretty old with me, very fast, and I have to hold myself back to sit still. And I can get on the same level blasting them.

But we do need sound critique and to call others on the carpet when need be, particularly Christian leaders.

I respect John MacArthur as a servant of God, but am chagrined at his leveling of other servants of God.

Have you actually looked at what J.M. says he believes? This entire arguement is based on the foundation that:J.M.'s view of Dispensionalism is untruthful according to his/the biblical defintion of an apostate. He states here: http://www.middletownbiblechurch.org/dispen/jmacdis.htm that he is by no means a dispenstionalist in every sense of the word.
Grason Moore