In his book God for a Secular Society: The Public Relevance of Theology, Jürgen Moltmann gives insight into the catastrophic implications of combining individualism with global marketing. 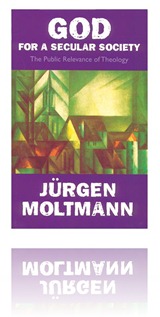 “Like all other life, human life is shared life, communicated and communicating life, communion in communication. Today the necessary communities which make up human life are threatened from two sides: on the one hand by the stepped-up individualism of modern men and women, and not the other by the global marketing of everything, including relationships.

The global marketing of everything and every service is much more than pure economics. It has become the all-embracing law of life. We have become customers and consumers, whatever else we may be. The market has become the philosophy of life, the world religion.

The marketing of everything destroys community at all levels, because people are weighed up only according to their market value. They are judged by what they can perform or by what they can afford.” (p. 153)


“The society of solitary individuals who do not meddle with each other (is) a society of social frigidity. In this way freedom becomes general. But is it true freedom? No: for a person in not an individual. The distinction is simple, but seldom made.”


“In the network of relationships, the person becomes the human subject of taking and giving, listening and doing, experiencing and touching, hearing and responding. We approach humanism only when we pass from individualism to personalism.” (p. 156)

Americans’ “rugged individualism” is reaching its breaking point, because it has been coupled with marketing, which is the business of selling individuals the means for finding their personal identity. The way humans are meant to find their identity is in community – with family, neighbors, friends. Now, identity is manufactured and sold to individuals. Identity is defined by your ability to be a consumer.


“In families, neighborhoods and free communities human relationships exist in mutual recognition and acceptance. If the market becomes the dominant power, then relationships if mutual recognition and acceptance come to an end. The self-respect experienced through the recognition gives way to the value assigned by the market…Because we are supposed to ‘fulfil ourselves’ through work and consumption, if we have no work and are poor we lose our won selves.” (p. 162)