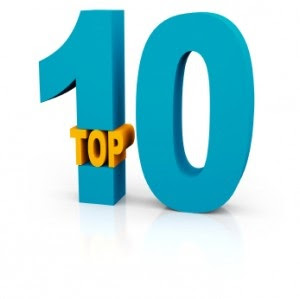 Here are the most popular posts here in the Vanguard from this past year:

1. In response to articles in both Newsweek and Time, I did a series on "Neo-Calvinism" that many people in the blogosphere were talking about at the time. The number one blog post of 2009 was Which is the new Calvinism? “Neo-Puritanism” or “Neo-Calvinism?”

Tied for 2. Other posts in this series were also very widely read. Especially Neocalvinism: What is it? Is it different from the Calvinism of Albert Mohler? and the posts where I compared and contrasted leaders from Neo-Puritanism and Neo-Calvinism:
3. There is not a lot out there on the web that actually critiques Focus on the Family's THE TRUTH PROJECT, so I guess that's why my post got a lot of traffic. I asked if The Truth Project has a hidden agenda, and if so, is it really seeking "truth?"

Tied for 4. With Health Care Reform being debated, not only in Congress, but in evangelical circles, I (as usual) offered a contrary, and yet (I pray) a biblical third way into the the debate. I asked whether or not Health Care should be viewed as a commodity, and offered two Christian political philosophies (Subsidiarity and Sphere Sovereignty) as a way to negotiate through the mine fields of the debate.

5. One of my soapboxes upon which I stand here at the Vanguard Church blog and website is proclaiming that evangelicals must stop believing the myth that America was founded as a Christian Nation. A truly frightening Bible was published this year, The American Patriot's Bible, and I had to get right back up on that soapbox.

6. Writing about Brian McLaren is always good to get traffic up here at the blog. People either love him or hate him. He came to my neck of the woods and I reported on what McLaren called the "Six Stages of the Emerging Conversation." The debate at Malone University felt kind of like an inquisition, and I had some musings on the McLaren mêlée at Malone (how's that for alliteration!).

7. A controversial subject is whether or not death was a part of the original creation. After reading some leading biblical scholars, I am leaning toward thinking that because of the Fall, death took on a deeper, spiritual meaning. Death and decay, I think, are a part of the God's good creation.

8. Another popular post was on parenting and the church's role in equipping parents to train their own children. I strongly feel that it is time to change the paradigm for children's ministry in our churches. Thankfully, there are a number of churches beginning to do this.

Tied for 9. The recent United Nations Climate Change Conference in Copenhagen has re-opened the debate about Anthropocentric Global Warming (AGW). The leading Anti-AGW voice in evangelical circles is the Cornwall Alliance, headed up by Cal Beisner. I admittedly am not a scientist nor am I an economist, but I am a theologian. So, I studied the Cornwall Alliance's theological paper and found three theological problems: The first is the Cornwall Alliance has an extremely narrow understanding of the "Image of God" in man - reducing it to only "Dominion," the second is a dismissal of the Fall’s effect on the environment due to humanity’s sinful use of it, and the third is an ideological slant toward free market capitalism as defining a Christian worldview.

Upon reflecting on what got the most traffic here at Vanguard Church, it strikes me that these posts were mostly rubbing against the grain of standard evangelicalism. I hope that's a good thing! It's either a sign of independent thinking or it's just an attitude of contrariness.
;-)

Good job, Bob! It looks like it was a great year of blogging. I hope to go back and read some of the Top 10 that I missed.